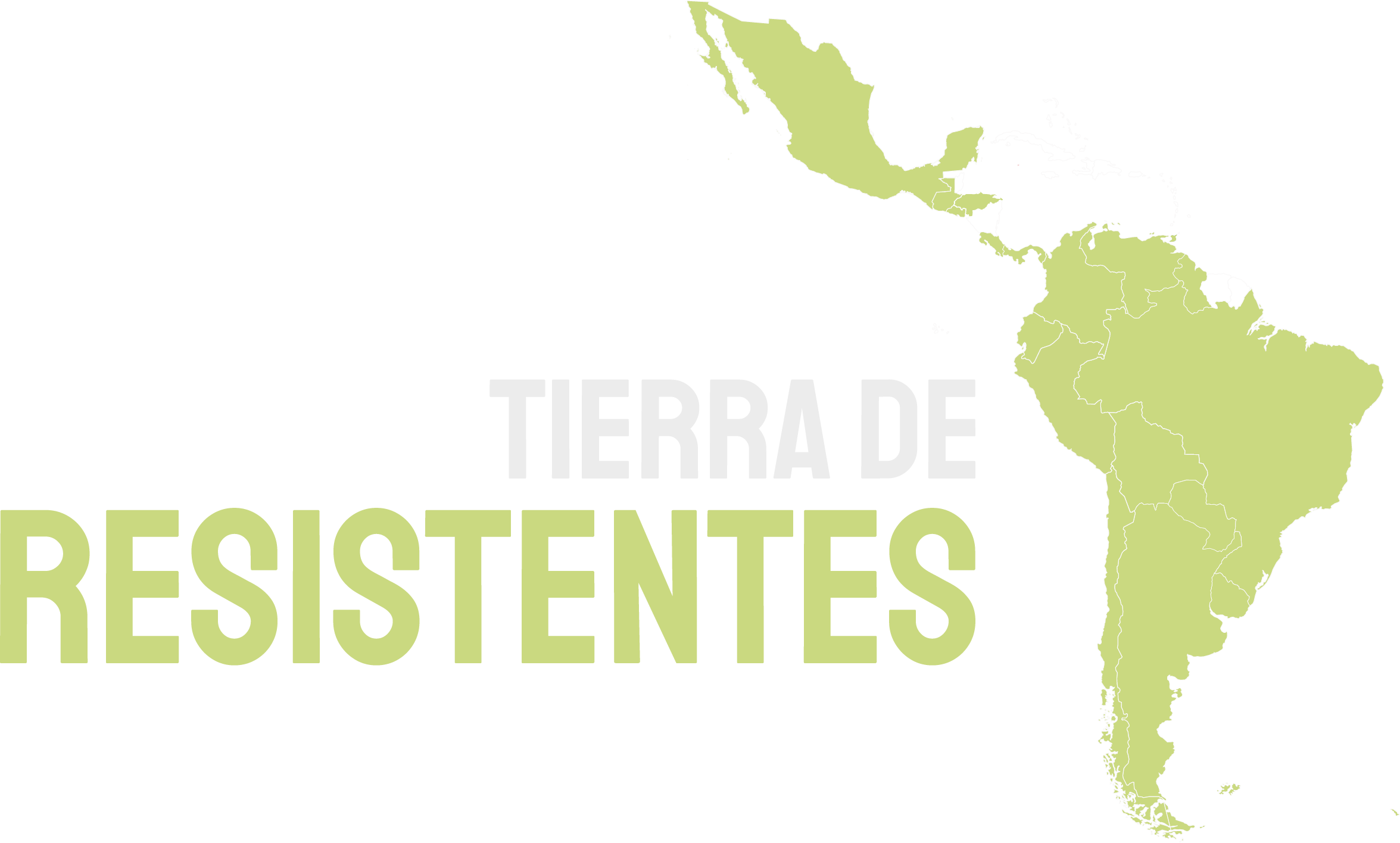 What our data says about attacks on environmental defenders

Defending the jungles, mountains, forests and rivers of Latin America has never been so dangerous.

So much so that six of the 10 most hostile countries for leaders and communities defending the environment and their ancestral lands are in the region, according to a dishonorable list that appeared in the report that former special rapporteur Michel Forst presented to the United Nations in 2016.

This is why a team of journalists, photographers, videographers and developers from 12 countries (Argentina, Bolivia, Brazil, Colombia, Chile, Ecuador, Guatemala, Honduras, Mexico, Panama, Peru and Venezuela) have been working together since 2018 to investigate violence against environmental leaders and their communities.

The result of this investigative project -which has been active for two years- is a database comprising 2,460 violent events over the last twelve years (2009-2020) and 36 in-depth investigative stories.

We do not pretend to have a complete photograph of the attacks that occurred during that period, since underreporting is significant. But we do consider our database – built from more than 100 sources, including official institutions, social organizations, press archives and on-the-ground reporting- helps see how serious the situation is.

What did we find?

In our research we identified at least 2,209 violent acts against men and women and 252 against communities or organizations defending the environment and collective land.

79% of these attacks have targeted men, perhaps because it is them who have traditionally taken on positions of community leadership. However, we also found 457 attacks against women – including those whose in-depth stories you can read about, like Mapuche leader Francisca Linconao, Pemona leader Lisa Henrito Percy in Venezuela, Siona governor Martha Liliana Piaguaje in Colombia o Kichwa leader Patricia Gualinga in Ecuador.

From assassinations and attacks to legal harassment and forced displacement, they have paid a high price for defending their right to a healthy environment and protecting strategic ecosystems – forests, mountains, forests, lakes, rivers and wetlands – within their territories.

The target of an alarming 48.8% of these episodes of violence (1202 cases) belongs to an ethnic minority, demonstrating that indigenous and Afro-descendant territories are especially vulnerable to these criminal interests.

The data show 947 attacks against members of 160 different indigenous ethnic groups. The Lenca people of Honduras (69), to which the murdered leader Berta Cáceres belonged, are the most frequently attacked, followed by the Guarani-Kaiowá (54) and Munduruku (39), both from Brazil.

Nineteen of our stories document attacks and affectations against indigenous communities seeking to safeguard their ancestral lands – the Mapuche in Chile, the Lenca in Honduras, the Kolla and Atacamas in Argentina, the Pemon in Venezuela, the Shuar and Kichwa in Ecuador, the Piratapuyo, Tucano, Pijao, Siona, Zenu, Nasa and Nutabe in Colombia, the Guarani-Kaiowa, Munduruku, Karipuna and Uru-Eu-Wau-Wau in Brazil, the Raramuri and Odami in Mexico, the Moxeño Trinitario and Torewa in Bolivia, and the Ashaninka and Tikuna in Peru.

The database also shows 150 cases of violence against Afro-descendant populations and 105 against the Garifuna, another ethnic minority also of Afro origin, in Honduras. Three of our investigations show attacks suffered by Afro communities in the Colombian Pacific and in northeastern Brazil.

Although in many cases environmental leaders try to protect more than one natural resource, for our dataset we took into account the main resource defended by them.

Similarly, in many cases leaders and communities have been opposing different types of actors. In our dataset we only took into account the main sector that the defenders cite as that which they have opposed or which has a direct interest in the area where the attacks have occurred: from agribusiness, oil exploitation, mining, hydroelectric dams and highways to drug trafficking or illegal timber trade.

The following are the types of violence against leaders that we mapped with the database, without forgetting to mention that in several cases the leaders or communities defending the environment have suffered more than one victimizing event, so we decided to choose the main one or the first one registered.

Although the patterns of violence change between countries and also over time, some possible correlations can be seen in the data: for example, there is a high number of murders where the influence of drug trafficking is suspected, a pattern of threats coinciding with forestry sector interests, and a large amount of legal harassment cases where there are infrastructure projects. In areas with a significant presence of agribusiness or mining interests, all kinds of violence have occurred.

We found that a significant percentage of the violent events have occurred in the vast jungle regions that are home to an important part of the natural wealth that has made Latin America the most biodiverse region in the world.

The Amazon, at the center of attacks

A significant number of such attacks against environmental leaders, communities and public officials are concentrated in the Amazon, the world’s largest continuous rainforest, whose conservation constitutes one of the region’s greatest contributions to mitigating the global climate crisis.

You can see here the number and type of attacks in all states, departments or provinces located within the Amazon.

Also, half of our in-depth investigations focus on cases of violence that have occurred in the Amazon basin – in six different countries. These 17 stories show how dozens of indigenous territories, ancestral communities and national parks throughout the Amazon basin have been the constant target of attacks, criminal interests and an almost complete absence of justice.

We found and documented cases of settlers invading communal lands and of military officials attacking indigenous leaders, of oil companies omitting responsibility for contaminated water sources and drug traffickers forcing communities to grow coca, of park rangers murdered for fulfilling their vocation to preserve a collective heritage and of loggers persecuting those who protect the species they covet.

The long-standing debt of justice

The toughest challenge for us has been to understand the current status of the cases in the justice system. We only found conclusive data on judicial decisions (either convictions or acquittals) in 296 cases – or 12% of the total – showing that the administration of justice has an immense debt with environmental defenders – something that the recently inaugurated Escazu Agreement seeks to correct.

In many of these cases these court rulings have focused on the material authors or most immediate responsible persons, albeit not the intellectual authors or masterminds, which is what has so far happened with the sentences in Mexico and Honduras for the murderers of Isidro Baldenegro and Berta Cáceres, both winners of the prestigious Goldman Environmental Prize.

In more than a thousand cases – 46% of the total – we found no information on the status of the investigations.

Equally alarming, we found evidence that in at least 1,366 cases (or 55% of the total) the victims or their communities had filed some form of complaint with the authorities, from state institutions to international bodies. This was particularly true in cases of judicial harassment, threats and murder.

We found that not even bringing a case before the Inter-American Human Rights Commission or Court, the two bodies tasked with overseeing human rights in Latin America, has resulted in effective protection measures in all cases.

Tragically, despite the popular wisdom that a soldier warned should not die in war, violence continued or even escalated against leaders and communities in five countries -Brazil, Colombia, Honduras, Mexico and Venezuela- whose States did not do enough to protect these citizens despite having precautionary measures or having been alerted to the risk they were running at the international level.

This situation is particularly acute in Honduras, Mexico and Brazil, where there is information suggesting that – in a significant number of murders and physical attacks – there were alerts that something might happen.

While ours is not a scientific but a journalistic endeavor, we observed an incremental number of cases between 2017 and 2018 (which we believe extends into 2019, a year we do not yet have complete datasets in all countries). Besides this, data for the most recent year – in this case 2020 – is still fragmentary because many relevant sources had not yet compiled their information for the year by our deadline.

Although we do not yet have a complete snapshot of violence against environmental defenders during the year-long pandemic, the murders of dozens of leaders showed that not even the public health and economic crises were able to stop the violence.

These defenders protect the land that gives them life, but also the mountains that provide us with water and the forests that bring clean air to the cities. They are being threatened and killed in frankly terrifying numbers.

Each one of them is more than a number. These are their stories of life, of struggle, of resistance.

Attacks continue, even in the midst of the COVID-19 crisis